Pag (Italian: Pago, German: Baag) is the largest town on the island of Pag, with a population around 3000 people. In 1443 the new town was founded and built according to new principles of town-planning. The longitudinal and the transversal streets, the latter known as Vela ulica, intersect at a right angle, forming in this way a rectangular square with the Collegiate Church, the Duke's Palace and the unfinished Bishop's Palace, which, as well as the town walls, were built by the famous mason and sculptor Giorgio da Sebenico.Famous lacework in Pag Cathedral. The Collegiate Church is a three-nave basilica with three apses. The simple front is decorated with a Gothic portal, a Renaissance rosette and unfinished figures of the saints. In 1466 Juraj Dalmatinac became supervisor of the construction works on the church, while the building itself was carried out by his disciples; finished not before the beginning of the 16th century; restored in the 18th century, when the stucco work on the ceiling was performed. The church accommodates valuable works of art: the altar painting Our Lady of the Rosary, the Gothic wooden cross, and the silver processional crucifix and reliquaries are safeguarded in the treasury. The bell tower with its present height was erected in 1526.

In the Benedictine church of St. Marguerite, constructed after the plan of Juraj Dalmatinac, a silver processional cross and reliquaries are kept. The church of St. George, bearing Renaissance features, is a work of local masons from the 16th century. There are several houses and smaller palaces with Renaissance façades, portals and coats of arms of local noble families in the town. The Old Town includes partially preserved walls and the main church, a three-nave basilica built in the Romanesque style; the fronts of the Romanesque and Gothic styles were built in 1392 by the sculptor Paul from Sulmona. The ruins of a Franciscan monastery from 1589 are near the church. Town Pag is also place of origin of Paška čipka, famous lacework whose first mention is related to sisters of Order of Saint Benedict in 1579. Traditionally, cattle and sheep breeding, along with salt extraction, fishing and agriculture have been the basis of survival on the island throughout the centuries. The tradition of salt extraction most probably originates from the times of the first settlement in this area.

These traditional activities have been maintained until the present day. Now, around 40,000 sheep are kept on the island. Also, around 33,000 tons of salt are produced yearly, making 2/3 of the total production in Croatia. The salt basins are spread over 3.01 square kilometres (301 ha).

Island Pag is the 5th largest island in Adriatic sea, but with its length of coastline of 302,47 km it has the most surface of shoreline then any island on the Adriatic Sea.

TourismThe past, the present and the future of town Pag

The most biggest economic activity is tourism. Tourism on island Pag has achieved a lot of development in the last few decades. A big public beach, suitable for families with children is not far from the center of town. Well known Pag lace (Paska cipka) is famous in Croatia, as well as Pag's cheese which is known for its taste and specific flavour. Pag cheese is famous around the world.

Pag is also know for its people's costumes or native wear. It is also nationally protected. This rich tourist offer from Pag, coupled with its impressive landscape, make Pag and bay of Pag an extraordinary tourist attraction.

Gastronomy of Pag Specialties on island Pag which you must try

Pag cheese is one of the symbols of the island. Its uniqueness is in the hardness and salinity, and specific smell and taste. This peculiarity of cheese is given by basic raw material - milk sheep.

Pag lamb known to many gourmets as one of the best dishes in Croatia. The lamb is very tender and has tasty meat, and a specific flavor because of the environment in which the sheep habitate.

More then 3 centuries the Benedictine nuns prepare a delicious and fragrant delicacy, gold toast, baskotine. This delicious and special delicacy is prepared today in its original form, and can be purchased only at the monastery of St. Margaret in the city center. For local people, baskotin is part of etiquette and family prestige, they offer it to guests with coffee and they give it to the sick with tea.

Prosecco is the name for the dark red, sweetened alcoholic drink like wine, but it is aromatic and is produced in very small quantities. It is formerly served on special occasions, and for Christmas, Easter and New Year. Given the small quantity produced, it will usually be found in private households.

Rakija travarica is applied as aperitif drink, but also as medicine. It is known that the drink in small quantities, successfully treats a variety of stomach problems, and because of its antibacterial activity is also used for disinfection and rapid healing of wounds and cuts. 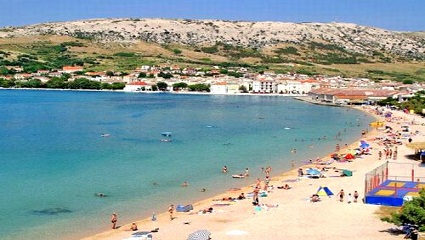 Enjoy in hundreds of sandy beaches which are located in Pag bay. Town Pag has a main city beach with a lot of fun entertainment. 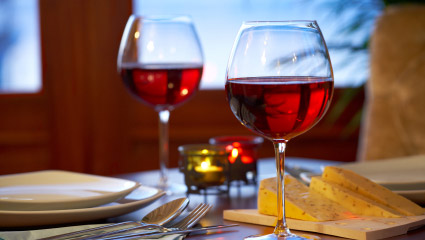 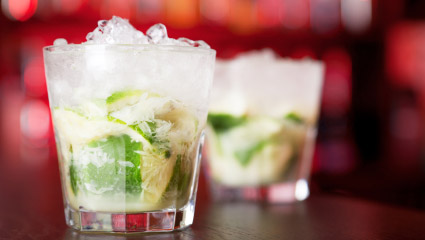 In town Pag you have one large disco club and a night bar which are opened almost until morning. 20 km from Pag you have Zrce, croatian Ibiza, where there are parties all day long.